What is being said when people say “energy medicine” and/or “energy healing?” According to research here at Soul-La-Vie, these are phrases that depict the intention to infuse energies into situations to treat, repel, and/or transform disease, dysfunction, and other symptoms of internal imbalance. These alternative approaches to healing therapies are aimed at increasing the peace and well-being of a person through energetic balancing. The underlying assumption or bedrock of the paradigm’s foundation is removal of blockages and restoration of wholeness and healthy internal balances.

How does this clear, simple, and thorough definition differ from the reader’s previous beliefs and/or understandings, if at all? To answer this, one can gather the general consensus in society, observe the shifts and directional movements and trends, and estimate what a given demographic might respond with. Or, one might conduct an extensive research using conventional science, and/or gather information via qualitative/quantitative survey, etc. Intuition is involved in all science and particularly recently, has been gaining in recognition as not just valid, but perhaps, a most valid available source of information!

The belief systems of the human population are also somewhat formative to reality, yes? In this respect, we can see all manner of conflicting ideologies throughout history. The examples of ideological conflicts are vast and basically innumerable, yet, is there a salient take-away offered by the bulwark of these myriad ramparts when viewed in amalgam? Perhaps it is that whether one believes in esoteric tradition or mystical knowledge or not, it is plain that belief systems have at least partially formed the current reality. The simple example that an awareness of cause-and-effect provides also justifies the importance of belief systems in terms of underpinning causation. In this perspective, there may also be overwhelming examples such as world wars and social movements. These might be combined to suggest that a clear comprehension of new information requires the pruning and trimming of one’s system of previous beliefs. In this case, it may be wise to step away from conventional science and medicine momentarily and allow at least a temporary change in one’s perspective and hence potentially, in perception. 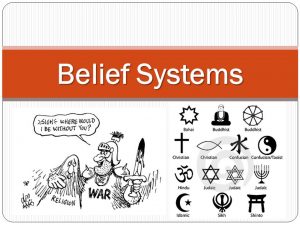 The paradigm of energy medicine has ancient roots within various forms of holistic healing. Engel (2014) of the New York Daily News took the examination into her own hands with a phenomenological experiential survey of four major healing modalities. In other words, Engel (2014) tried the energy work herself. Her findings were bolstered by a thorough background investigation of the four practitioners she would utilize the services of. Her decisions well justified, she embarked into her tests in survey of Reiki, Reflexology, Tapping, and Reconnective Healing. The results she gathered are qualitative and as mentioned, experientially based. Interestingly, these forms of research are more recent in the scientific mainstream’s acceptance as well. In all four cases, she found that the work was real, potent, and while ranging between “marginally beneficial” to “highly beneficial” despite her own scrutiny and healthy skepticism.

Engel (2014) mentions doctors like Deepak Chopra who is  both an energetic as well as allopathic medical doctor and his view that science is now beginning to understand, measure, and accept the truth of energy healing. The view is that the body has a “homeostatic” optimality in terms of state that requires a certain balance and which may be different for each person. This healthy condition, and/or “whole” state is behind the body’s reactions such as coagulation, antibody defenses, and other autonomic functions of healing. The energetic medicine principles are about triggering the body’s natural systems of defense and generation which may usually have been knocked off track, altered, imbalanced, and/or misaligned in the subtle energetic conditions within.

Engel (2014) goes on to cite Dr Mark Melrose of the Urgent Care Unit in Manhattan who stated that energy medicine which does no harm and complements traditional medical treatments is a definite benefit. He also went on to explain that there is much more to learn and that our current understanding of energy medicine is dwarfed by what we can and will learn going forward, in his opinion. In summary, he spoke to the power of “feeling good,” and the power that such holds. According to Engel (2014), the apparent and common thread between these energetic modalities is stress reduction and improvements in health such as hypertension and heart disease. Further, she concludes that there is much more connection than meets the contemporary eye at first glance, and even second glance, and that, it is overwhelmingly likely that new explanations for what has previously been called “magic” must be achieved. The evidence is utterly robust in the view of Engel (2014) that energetic medicine is real, vital, and intensely valuable. In particular, the argument for energy medicine as an augmentation to conventional medicine, as opposed to a replacement, is valid with a high degree of certainty. What this also means is that ignoring energy medicine is no longer possible.

Alborzian (2019) gathers from the ancient and contemporary Ayurveda for his view of energy medicine and balance. His view is an eastern and extremely well documented and respected perspective which classifies energy by three essential types (Doshas) and categories which are  air (Vata), fire (Pitta), and earth (Kapha). Quite simply, Alborzian points to these and their balance as formative to health state. When the human energetic system experiences imbalance in the three essential natural forces, disease ensues. When balance is restored, health follows. Interestingly, there really isn’t any scientific or other evidence to argue the view, and/or the legitimacy overall of energy medicine. So then, what is at question? Is the question primarily regarding the practitioner really?

The “vetting” of energy workers is something that is gaining in momentum currently in the mainstream as well as the many paradigmatic venues of esoterica. In other words, more emphasis is being placed on the process of determining the genuine value of a practice by researching and testing the worker. It is wise that all potential clients of an energy worker conduct some form of their own examination since there is no simple “cookie-cutter” or “one-size-fits-all” solvency and/or process of discernment available in general. There are examples of stringent scholarly inquiries that set forth standards and mitigate threats of non-utility. For example, The Windbridge Research Center which employs teams of experts who provide peer reviews.

This process involves the belief system as well as other individual considerations since every person and every person’s path are different as well. However, and again, if a person qualifies their experience with an energy worker as beneficial, the question is fairly well answered. In this respect, and as with Soul La Vie, a brief free consultation may be a “best practice” method that could be considered universally applicable. Furthermore, a strong practitioner will invite scrutiny and investigation and may well have been proactive about the importance of establishing their credibility and will have a stringent self conduct code and/or process available for review. Here is the link for Soul La Vie’s free 20 minute session with Ofer Niv.

Another means of determining if an energy healer is both genuine and right for the client is by way of examining their historical achievements and popularity with former clients in particular. A first question might be whether or not someone’s fame therefore legitimizes their practice? Indeed, there are many amazing and extremely credible energy workers whose efforts are well known, ongoing in their evolution, and continuously and consistently positive in client rapport. However, if the question follows just one of these branches, it can be misleading. Has their fame changed them? Or, is their fame based on their genuine truth or their marketing image? When triangulating across the three domains of reputation, client satisfaction, and ongoing research, an investigator gets a strong correlative evidentiary message. Does this mean that someone has to be famous to be excellent? No. Does this mean that if someone is famous, they are therefore foolproof spiritually? No, as well. So, perhaps the entire question begs simply of the observer if they have powers of scrutiny and discernment, and if not, why not? Perhaps the entire equation is one of rhetorical composition?

As stated, the ancients used energy medicine, apparently in some cases, better than contemporary practitioners! The documented cases of scholarly evidence is more than resolute in this case although there is perhaps a current if undue skepticism in western cultures particularly. It is conceivable that an agenda or set of them are a great part of an ingenuine blocking mindset regarding these wholly beneficial practices rather than any truthful evidence against them? Are there examples of historical deception and redaction of energy medicine knowledge? if so, what is implied?

There are many forms of energetic medicine and myriad paradigmatic approaches that are also potentially collaborative as opposed to competitive. The newly emphasized mainstream holistic medicine  practices, and their educational and clinical paradigmatic venues, are included within the professionally accepted sort of “catch-all”phrase “Complementary and Alternative Medicine.” Yet, even here again, it is possible to find a counter-current within the mainstream that misdefines and/or perhaps misdirects energies and information flows. Is it possible that the undue forms of skepticism are actually proving the truth? 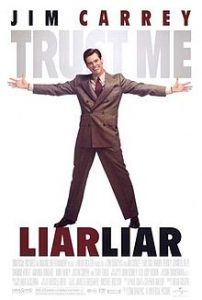 There may be all manner of resistance to the truth of energy work and with various reasonings and motivations. However, the successes are so prevalent that certainty appears in the very face of uncertainty perhaps! Even economics and western industrial medicine cannot long forego these true value propositions since at some point, it becomes an act of malpractice … not to … incorporate energy medicine! 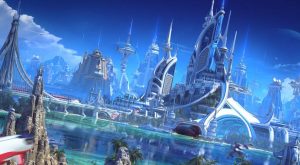 Belief systems and patterns may be the major opposition to the continuing spread of healthy energetic and naturopathic, holistic medicine paths. The astute observer must first recognize the situation to have a full idea of what the distractions that seem to present are all about, and where and who they come from. With this evidence, the prospect client is at least armed with a balanced information base to make decisions with! Furthermore, the continuing mainstream drubbing of energy medicine finally begins to encircle itself and eat its own tail, so to speak! 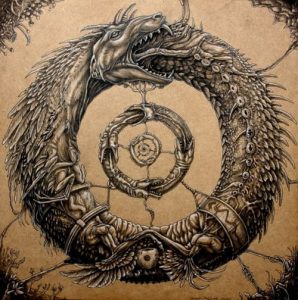 Eventually, again, any objectives other than true wellness and wholeness in the medical profession begin to be readily apparent, and thus, desist. Opponents become ill-advised to continue a self-serving rile of the truth: It will no longer serve mainstream medical science to deceive, obstruct, or otherwise obfuscate the best advances in medicinal capability. Energy medicine is perhaps the single most positively encouraging development in science and medical science, in particular, and it is becoming “unpopular” to attack it or neglect it without due diligence. 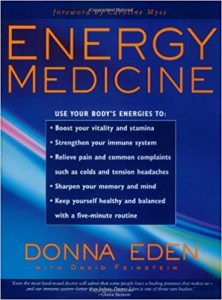 The energy medicine practitioner is at first glance, a true champion. Yet, in many ways, society can further recognize their stewardship and true value in terms of being heroes of the human race and the earth. The human journey becomes a heroic path all the more so as energy medicine delivers the internal harmony that has been intended by Creator and Nature both. This path has been called many things but at Soul La Vie, it is considered the “Hero’s Path,” and a key to our mutual and collective sustainability and survival. Each energy practitioner frees them self and communicates this same clarifying and purifying energy to the next. In turn, each being realizes their own freedom moreso and a mutually gainful and beneficent interactive human ecology begins to emerge. The limits of this cooperative new era in medicine is unknown but is perhaps one of the very brightest and most encouraging signs that humans have seen in “ages!”

One Reply to “What is energy healing therapy?”