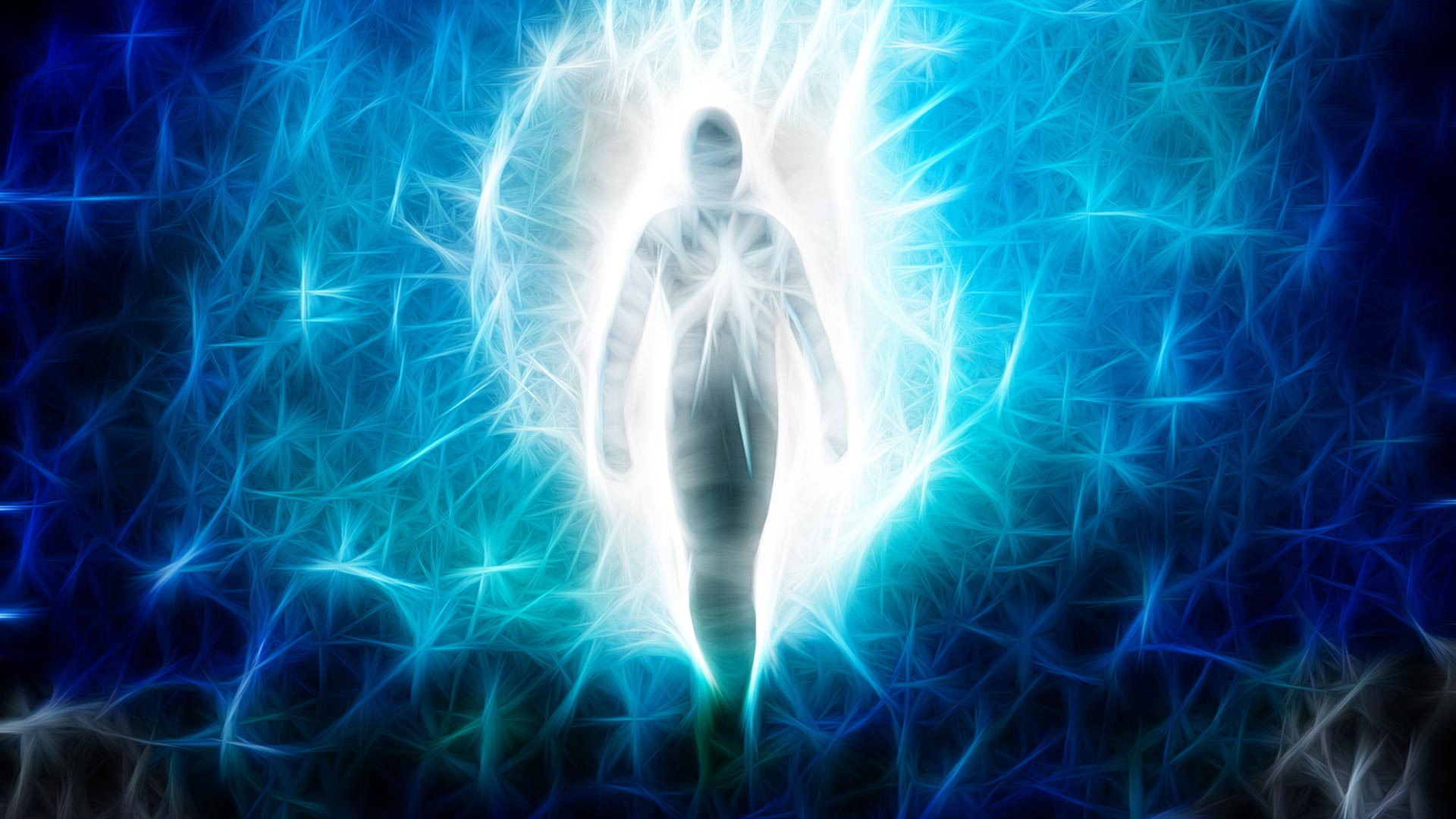 There are perhaps five general and available pathways that support a person’s spiritual healing.

The objective is essentially to fortify one’s personal happiness, amplify their health, entrench their spiritual connectivity, bring their mental picturing into a calm state, and reduce the flow of stress chemicals in the system. The five pathways are engineering tools that instigate and support change within. The first is movement of the body such as exercise. Secondly, a being can intentionally shift out of previously comfortable existential patterns. Thirdly, a being may seek similar healthy resonance with others and make them their company going forward, if possible. Fourth, a recommended course of action is to make peace with solo time. Lastly, a key to victory here may be found in daily ritual of positive activities and informing practice and study. Basically, this is the grand “reset” that is being broadcast to near cliché level in esoteric circles and is now enjoying traction in the current mainstream. The spiritual healing process is also known as “Ascension,” “Enlightenment,” and “Illumination.” 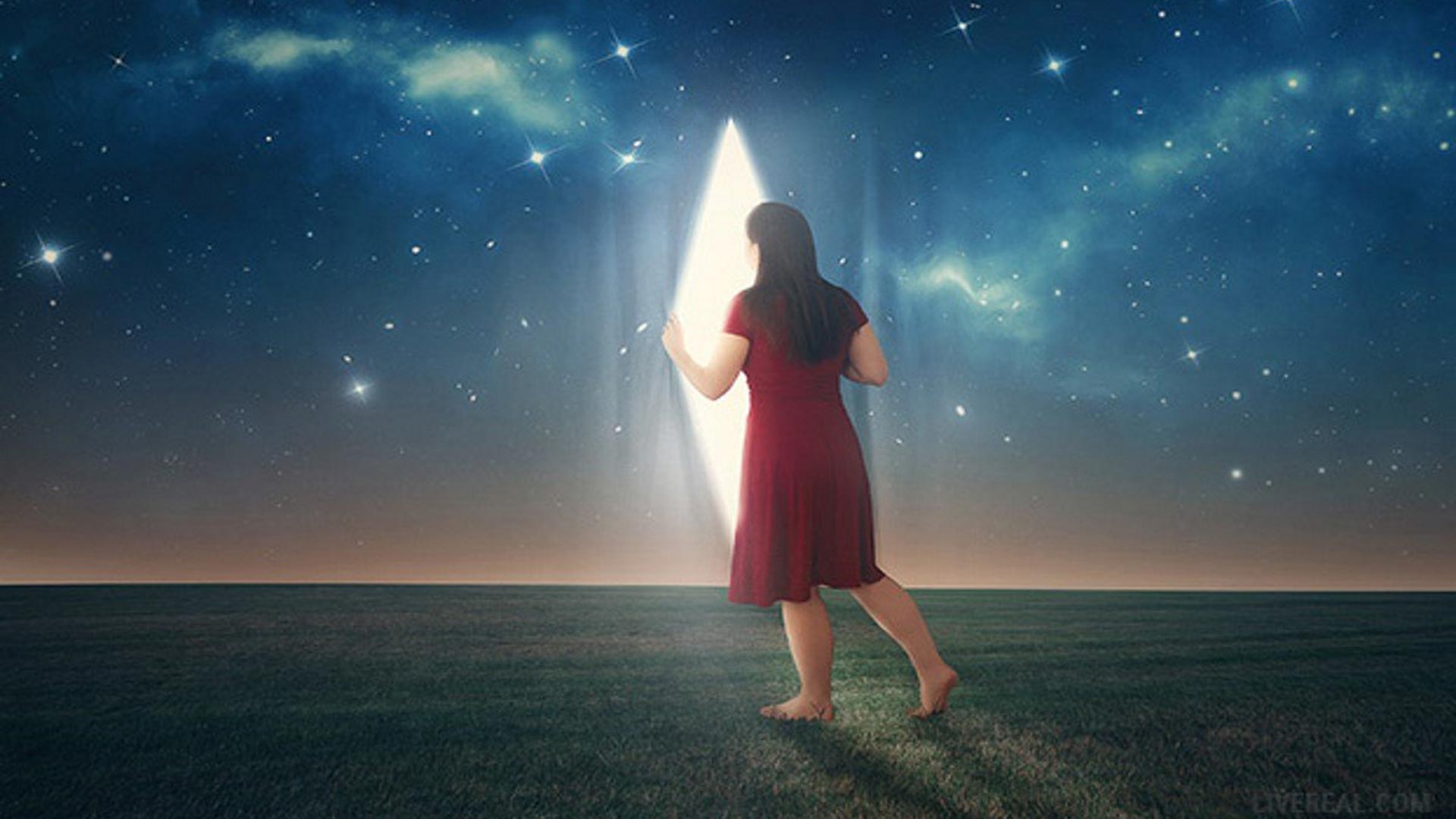 The new period of enlightenment and spiritual healing is a collective shift in consciousness that is necessary in many ways. The shifts that are underway in human ecologies such as society, religion, and economics are all perhaps highly relevant clues to the individual. The question presents as to whether a being is an individual and/or the whole, and the answer is not counterintuitive! Each being is both an individual and a part of the whole. This accurate understanding seems plain enough but is it really? What if the being then begins to consider the dimensional overlay of the “microcosm/macrocosm” as their truest “reality?” That all aspects that a being observes, engages, and/or interacts with are truly multidimensional constructs of the whole is the outpouring wisdom. This insight may usually if not always cause a shift in perspective so intense that the being’s perception is actually and apparently adjusted. This shift is generally what is meant by this new era’s resurgent renaissance usage of the phrase, “spiritual healing.” This is perhaps the “awakening” that everyone wants and needs. The form of spiritual healing matters less perhaps than the intent and efforts there to. Essentially, spiritual healing is the basis for evolution.

How to begin one’s journey into spiritual healing? Perhaps there is a calling, yes? Perhaps there is and/or has long been a longing for a different set of beliefs? Maybe humans have long since known of their true purpose and capability and yet have remained essentially “asleep” to the same for some great amount of time. In this light, it is evident that spiritual healing is about waking up to reality and therefore, truth. Must this process be earth shaking? Perhaps by the very definition of “waking up,” it is unavoidable to experience some shock and perhaps awe, yet with a resilience of character and energy, this may have less and less negative effect. So, a common factor is the necessity for sturdiness in transition, an internal maintenance of spiritual and psycho-emotive balance, and/or what can be deemed a fortitude with which one shall evolve with. In this vein, the discussion can examine a path that is an exhilarant and fabulous example of the blossoming of the whole person from the former. In the case if Cyndi Dale, there was little in her life to suggest she would embark on a path of spiritual healing nor to become one the planet’s leading and finest spiritual healers. She was compelled much as our historical knights have been called to “quest.”

Cyndi Dale Interview: Childhood and the Origins of Her Gifts in Energy Healing 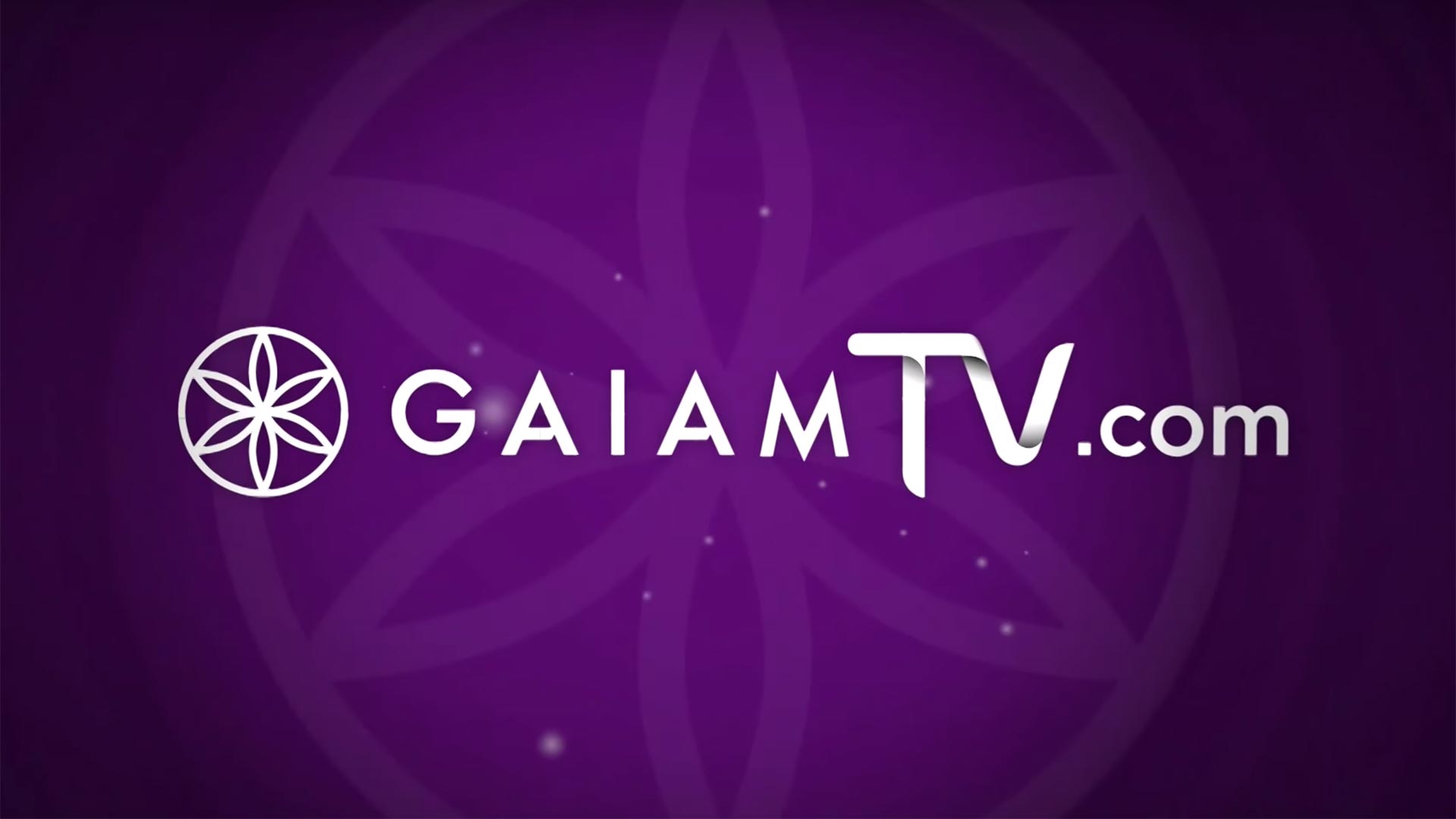 Today, Cyndi Dale is a celebrated shamanic and energetic healer and is world renowned. Her works are absolutely genuine and pure, and nevertheless though, have become prominent tool sets around the world and are used by millions that would free them self and others of a yoke. The yoke is not a conspiracy theory or fascist government though; it’s more simply just “naivety” …both collective and individual. From whence though has this screen or “Mayan Veil” come? While there are oppositional forces that comprise the onslaught, and that to be found perhaps in multifarious plentitude, the essential causality of misfortunes as we have seen, and will see perhaps, indeed, is internal trauma. Hence, it is spiritual healing such as the deft hand of Cyndi Dale ascribes for and prescribes to “us” that is the essential goal for humankind and all of its allies, enemies, and observers alike.

The material existence on earth can be confusing without the presence of the philosophical construct of “Wisdom.” But what is wisdom except that which springs from the feminine body of knowledge that humans currently and have long called “The Sophia,” and which is then spread into material existence by thoughts and actions pertaining to the same. A “well known” “cliché” phrase is applicable perhaps in that it has long been “known,” that “Wisdom is the beneficial application of pure knowledge.” But how shall one know a thing for its purity? The answer is a peculiar branding of the perhaps obvious and perhaps not so energies of spiritual healing which release illusion and delusion and allow truth to flow. If so then, from whence has this brilliance of truth come? The discussion will move to an ancient source for attribution in a discussion of Ma’at, the ancient goddess of Justice, Truth, Harmony, and Balance.

Mark (2016) researched the ancient Egyptian matriarchal and archetypal spiritual healer being known as Ma’at. Her name is pronounced today as “May-et” phonetically and within the system known as the English language. The first known findings relative to Her and her spiritual healing practice are ascribed to the dates between 2181-2613 BC but scholars agree her origins are earlier if not much earlier. She is portrayed historically in various form and it is said that she could morph physically into these varied semblances. She is often seen as a winged being and as having an ostrich feather which was/is used in the “Weighing of the Heart and Soul” ritual and as a deterministic counterbalance to the collective sin and hubris of the dead. That is, Ma’at used the “Feather of Truth” to balance on her scales of right attitude against each person’s collected “karma.” The literal translation of her name means “that which is straight” although she is also recalled as the embodiment of life and magic. The basic spiritual healing premise of Ma’at is quite similar to that of the ancient archetypical spiritual healer beings called, ”Isis” and, “Hathor,” as well. The clear take away is that whether or not Ma’at exists or existed an actual being or a body of energy or collective psycho-emotive algorhythm is perhaps not the most significant information brought to bear. Rather, it is that a being can hope for eternal peace in the afterlife based on their actions in the here and now. Hence, a return to universal and spiritual order which is also the spiritual healing essence of Ma’at.

“Ma’at was the model for human behavior, in conformity with the will of the gods, the universal order evident in the heavens, cosmic balance upon the earth, the mirror of celestial beauty. Awareness of the cosmic order was evident early in Egypt; priest-astronomers charted the heavens and noted that the earth responded to the orbits of the stars and planets. The priests taught that mankind was commanded to reflect divine harmony by assuming a spirit of quietude, reasonable behavior, cooperation, and recognition of the eternal qualities of existence, as demonstrated by the earth and the sky. All Egyptians anticipated becoming part of the cosmos when they died, thus the responsibility for acting in accordance with its laws was reasonable. Strict adherence to Ma’at allowed the Egyptians to feel secure with the world and with the divine plan for all creation.“

Whether one discusses and/or considers Ma’at or Ms Dale or another, the underpinning truth is that spiritual healing is the path of life. The process of entering into a spiritual healing journey consciously and intentionally begins perhaps mist prudently with a self inquiry as to motive. This inner work is perhaps a “best practice” premise for persons beginning their spiritual healing. If the motive is unclear, that will change. However, if the motive for spiritual healing is revenge, power over, and/or any of the fear-based mechanisms such as anger and hate, then the whole trip might be foregone. This is to say that if a being seeks other than Love in its many forms through spiritual healing, not only will the journey succumb to failure by way of its own entropy and inertia, but the whole idea ought not be engaged. The journey of spiritual healing is one of compassion, care, truth, and Light…and for a being to attempt to bring along the density of prior trauma is not recommended. In fact, all recorded and non-recorded history is resplendent with the stories of those that entered spiritual healing as a process of seeking self aggrandizement, other selfish motive borne of the delusional perception of separation, and/or evil intent (“mens rea”) which have been and are the very cause of human suffering.

To this end, the causal onlooker and the serious seeker alike can often be presented with a seemingly daunting and overwhelming challenge which emanates from how to “discern” a “good” teacher from a “bad” one? Even in this venue, there is much gray area. That is, if a being benefits another even by harms, whether they have been a “good” or “bad” teacher seems relevant. Good has been done by way of them which provides the observer with the question that they are indeed actually a type of spiritual healer. In Native American medicine, a sneaky and teacher may be deemed a “Coyote,” or “Trickster,” and a comical and/or ironic teacher might be called a “Heyoka” or clown teacher. Many are the examples of dark teachers in many forms and there is much to say that all “darkness” is not bad and even that “evil” serves a purpose. However, these are dangerous spiritual healer idioms that do not speak well to the beginner.

The spiritual healing path and journey is perhaps the most exciting and fabulous aspect of being alive even if local stigma may have clouded or sought to cloud this prevailing truth. Especially, perhaps, if opposition has sought to obscure and obfuscate this simple platitude, the observer-learner can see evidence of truth all the more. So, to begin the path to “wholeness” which is spiritual healing, the newly aspirant being might seek scholarly and spiritual influence and yet, as some peril, yes? For the “rough-and-tumble” amongst us, a few stumbles along the way are par for the course. However, the beginner can and ought perhaps to avoid as much inaccurate and unhealthy forms of information as possible and to gather Light as the essential “hot air balloon” in “The Land of Oz.”

For the journey, it is recommended that a diverse sourcing be brought to bear. In this regard, there may be no better expert than Cyndi Dale who has compiled energetic medicine and version of spiritual healing that is contemporary and highly advanced yet simple to follow. Again, the power of her works may be scantly visible to the most of us, but however, the ready successes achieved resound. Hence, we “discern” by successes…and there are many, many of these in her track record. In fact, many if not most of them are not even known perhaps! In any case, she is also an embodiment of the “Sophia” and the “Ma’at” in that she does not contend a singular path or authority but provides more than that: A compendium of Wisdom. The beginner may source this sort of being rather than those that would peddle other than pure forms in separate modality contention, etc. The broadness of the view she affords truly teaches and teaches truth. 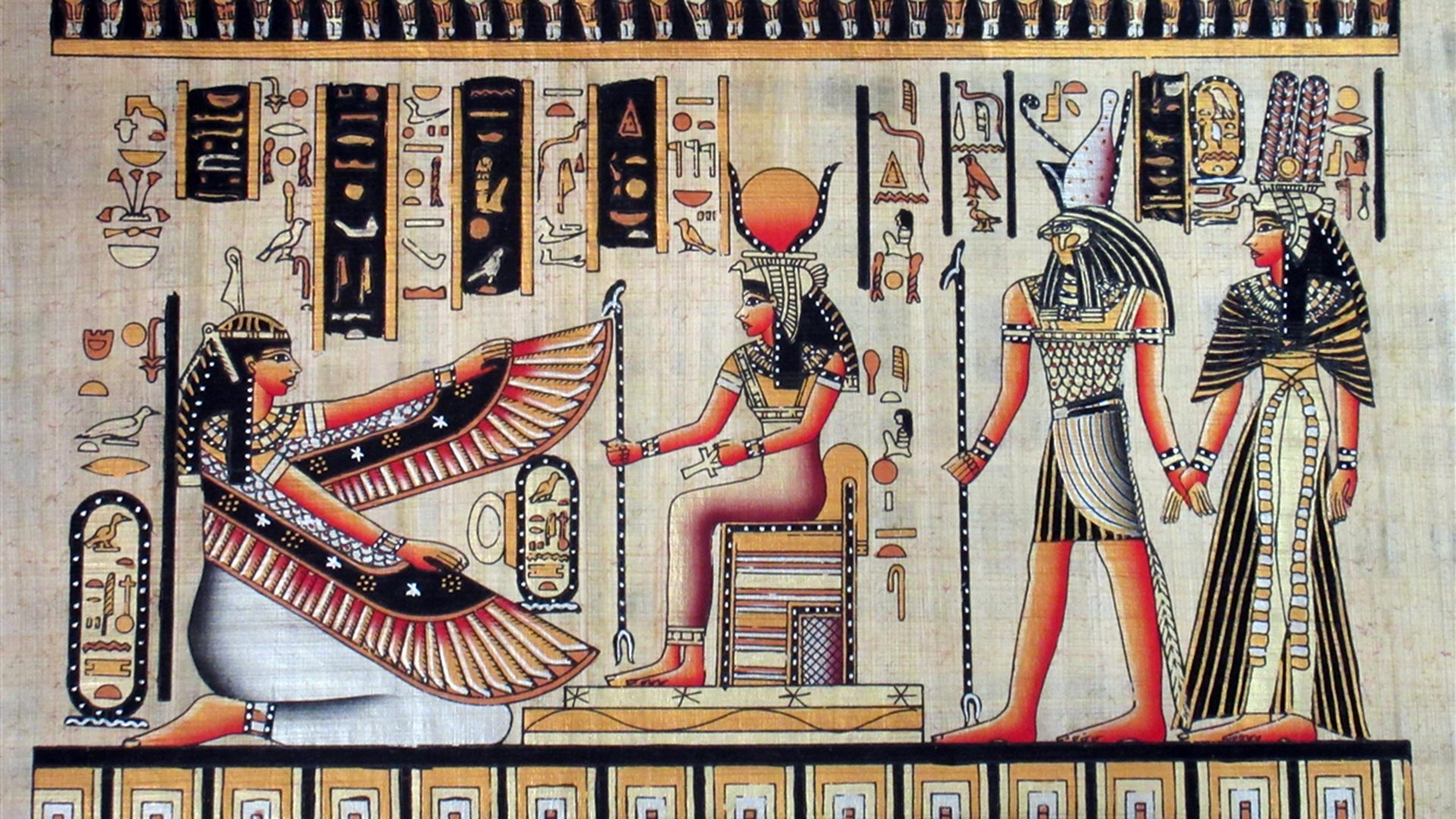